Taylor jumped back when it was only Caleb to open the door for her. Her fist nearly clonked into his head. Lea had said she might end her shift early tonight and go home right after. Sorry to cut the sleepover short, she had said, but Taylor understood. Taylor felt bad for Lea and Adair, but she knew they would get over what they needed in order to get back to the fun pair they’d been. Taylor hadn’t told Lea, but she had foreseen her fate, and it was too wound into Adair’s for them to not be together. Soulmates in the strictest sense of the word, indeed. But when Lea had begrudgingly admitted earlier how she felt around him, she’d needed to do a soulmate spell to see if her intuition on those two was right.

“I thought she was home with you. Sorry, I didn’t mean to scare you. Maybe she decided to make it a longer hunt this time,” Taylor stammered, blushing at worrying Caleb for nothing. It was still the latest talk of the town.

Caleb arched a brow at her, but there was a strange look of amusement on his face all the same.

“There’s too much going on this weekend to keep track of with you kids,” he chuckled. “I forgot there was a full moon this weekend. Looks like Lea must have too. She told me she was sleeping over at your place tonight.” He peeked around her again, this time looking for someone in a car or someone, then back at her. “Did you walk here by yourself?”

Taylor’s face showed she understood the implication of that question. “It’s not that dark and I can handle myself. A couple blocks actually isn’t that far from here.” She shrugged. How had Caleb managed all those kids he’d been known for handling? He was too easy to deal with, and maybe that was it? No matter, Lea had certainly gotten lucky for him to take her in. That was for sure.

Caleb nodded along. “I know you girls can, but if you want to stay and wait until Lea gets back, that’s fine. There’s leftover pizza in the fridge if you want anything.” He moved aside to let her in in case she decided to wait. Taylor walked in just as Caleb’s phone went off. They stared at each other when they saw it was Lea’s number on the small screen.

Meanwhile, Adair’s ankle was throbbing with a dull yet obnoxious pain. He never figured Missouri would have snakes, let alone in small woods like these. But, when he’d stepped out to cross the clearing for an impromptu search party after that sound, something had hissed that had been snake-like in sound. After the shock wore off, he pulled himself up from where he’d landed on his ass, bounced off it staring stupidly at the sky, and pulled up the pants leg he’d been bitten through. Two large holes stared back at him. Two large holes rimmed red in their bite but not bleeding. He moved his feet and then leg and thigh to see if it was still working. Putting a hand on the ground, he used his weight to pull himself up. He kept weight off that leg as he spread it to the other one and held his eye on the ground for any movement. It was in that moment a ringing sounded through his ears. Sweat started to bead from the top of his forehead, and soon his vision was swimming in stars. He tried to shake his now damp hair out of his face, but that proved to be a mistake. His eyes rolled back into his head, and the last thing he saw before he passed out was a twelve-foot long ball python staring back at him, black eyes flashing to yellow-gold, before, in another second, a naked Lea was in its place and the snake was gone.

The only way Lea, as the snake she currently was, could tell Adair to stay back was either by hissing, or, apparently, biting. But now she was almost too pleased with herself, and that had her using her beta energies to force herself back to human form as she ran over to Adair. No, no, no, no, no, Lea thought. Werenakes didn’t work like the majority of lycanthropes. They had selective biting, and while she was mad at herself for biting him, she thanked the stars her metaphysical snake-self had had its eyes on him from day one. Even if that did sound sick to her human mind, she knew she must turn him as soon as she had struck him. Though she was going out of her mind in fear and shock, she knew he was hers. Still, the conclusion of the snake bite, like any other, was a toss-up. He could die in the next twenty-four hours, and the fever she could feel emanating from him was just a reaction to the lycan bite—not a definite sign he would live through to see even his first full moon. She sobbed as a nagging voice in the back of her mind reminded her that maybe she had just done him a favor and saved him from a legacy he would be torn against. Shuddering, she got up, ran to her space where she had her clothes and phone, and hurriedly dressed as she called Caleb.

“Lea?” He answered on the first ring, and she could hear Taylor’s voice in the background. She made a mental note to herself to curse those witchy powers. How had she known her snake would do this before her? “What’s wrong?” She was panting between sobs as she caught her breath, having called before thinking to collect herself.

“You what?!” “She what?” From Caleb and Taylor respectively.

“I’ll explain later, but right now the next 24 hours are his… can you pick us up at the back entrance to the woods?” Lea asked.

Caleb agreed, and they hung up, Lea shoving the flip-phone back in her pocket and turning back to Adair. She carried him through the woods as if he weighed nothing, and she paid attention to nothing—not even the sound of a scurrying mouse in her wake. It was as if even the woods knew the gravity of their new situation. 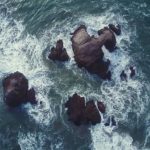