May 2, 2021 Comments Off on Aggregated Paradigm for Beautiful Vibrations Issue 6, literature  Like

A child walking in the sunlit park with mom and dad spots a dog sniffing a wooden bench down the cemented path.

Eventually, the dog sniffing the bench senses the child, turns his head, and sees the child gazing in awe at mischievous, ole factory detective work.

Why is the child’s point of attention drawn so suddenly into what the dog is focused on (i.e. the bench)?

Without digging deep into behavioral psychology, it would be hard to understand the causes to the nature of the situation at hand. However, knowing that all matter is energy and that all energy vibrates, we can extrapolate the child’s energy is in some way corresponding with, and therefore calibrated to, the energetic frequency waves pulsating from the dog, or rather his aura. Needless to say, metaphysics is beautiful.

Nikola Tesla, scientific genius that he was, once said, “if you want to find the secret of the universe, think in terms of energy, frequency, and vibration.” He was certainly an inquisitive chap, wouldn’t you say? [People like tesla who question the nature of reality, people who study why things are the way they are seemingly exceed the intellect of the common man or woman.] Mere personal opinion anyway. Many will refute that claim, and no one should discourage them from exercising that right; however, being curious is crucial to understanding who we are, why we are, and where we will be heading, not only as individuals but as a collective species. To be curious, to question the external world as well as the reality within us, impacts tremendously the way we live and how we choose to live it. If we do not learn to question, to reflect on why reality operates the way it has since time immemorial, we will likely be destined for spiritual prison. For a question never asked is a problem never to be solved.

To express curiosity towards events that had unfolded in 2020 is just as significant to the specific moment in reference. We face a predicament that, if not handled ethically or responsibly, will produce gargantuan stalemates for mankind. That is, if we don’t consider all possible outcomes, all potential consequences of the long-term plans, humanity will fall asunder from a complete and utter disregard for the livelihoods of vast populations stricken by poverty and financial destitution. In other words, we must take into account how each and every one of us will be affected by the global agendas now being set in motion. Who will be left to drown? Who will rise up from the rubble with both fists clenched high in the air? Can humanity actually arrive at an altruistic destination wherefore initiating such an empathic methodology will placate the wishes of seven billion people? To be mindful of not only each and every single human being but all living sentient organisms as well is to be prudent and just because we are all different expressions of the same consciousness having subjective experiences. We are all one.

Humanity is transcending to levels unimaginable. We are actually starting to realize the afore mentioned fact. Peaceful protests to injustice has proved it. Call it a spiritual awakening or an astronomical transfiguration in the making but is it more complex than that? Is there a force that derives from within us, an immaterial talisman or charm amalgamating the collective unconscious? It is quite miraculous, actually. To see vast and expansive throngs of people standing up for what is right, for what is morally justifiable in the heart instead of what the powers-that-shouldn’t-be demand.

Based on empirical studies, the mind tends to pontificate in times when our hearts fail to challenge what the mind shouts so stridently at us. In other words, the heart knows what is right in tribulating times yet the ego, in all its arrogant disposition, silences the sweet and soothing psalms the heart knows to be true. Ego, suffice it to say, commits forgery on the human spirit. Human society is collapsing at freefall speed because of our heart-subordinating, sententious minds.

What we ought to do is gaze inward instead of outward, and that way we could see that the mind or ego has specific and, more or less, radical predilections for jumping to unsubstantiated conclusions. Simply, the mind conceals a rigid proclivity to act before it thinks. If the ego, for example, hears something on television or sees a social media post it doesn’t like, then immediately it stops everything that it was doing(i.e. bullying the heart) and takes action. Furthermore, conflicting views that stir up the ego into a frenetic hysteria trigger the premeditated beliefs of the ego. Thus, ego cannot reason.

Why, you might ask? Well, perhaps we have become perceptually programmed to the belief systems authoritarian powers have inculcated in us since our dream-induced childhood. Now, permit me the right to say belief is subordinate to knowledge, spiritual intuition. That is, the Hunger-Games-like hierarchy who impose control over the masses, prefer that we believe in something rather than know something with our spiritual intellect or intuition because that way we will remain ignorant to truth, for knowledge is truth. Knowledge is divine whereas belief or opinion is merely human.

To believe that the truth can emanate from anywhere other than your own omniscient heart, your own preternatural instincts is preposterous! The truth must be realized. Truth, as they say, is in the eye of the beholder (or is it beauty). Well, truth is by all means beautiful once it is realized. Remember—metaphysics is beautiful too. So is the nature of being curious, of just being! 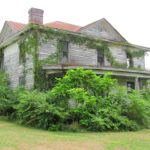 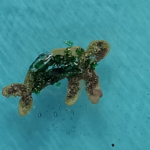