Glenn shifted the weight of a Nattie Light 12 pack from his right arm to his left.  He was tired as an old horse and dirty as a mud pit pig. He looked down at his work boots caked with soil from the work site, dried mud dusted the knees of his jeans. The checkout girl was scanning items like she was moving through water. It was Friday and all he had on his mind was kicking these clothes off, sinking into his well worn recliner and cracking open his first brew of the night. The bars, the girls and the nightlife no longer held any appeal for him. At 41, the only women that collected around him at his favorite watering holes all had ex-husbands, kids and more disturbing emotional luggage than he cared to unzip anymore. Besides, it only made him miss Shelly even more.

“Credit or debit,” the checkout girl said with as little effort possible. Glenn craned his neck to survey the grocery laden conveyor belt and estimate how long it would take to get out of there. He considered slipping out of line and going to another checkout but there were just as many people at the other five.

Glenn shook his head and sighed,”Jesus Christ, this is ridiculous.”

He turned his head to the customer behind him, ”Can you believe this sh…” and chopped his words short. A young woman was in deep concentration, texting quickly, her thumb slid rapidly over the phone face, a pack of breath mints in her other hand. He took in the sight of Samantha as though he’d never seen her before and as if he’d seen her only yesterday. Her eyes rimmed with eyeliner, her lips glossed red, her hair falling in shiny chestnut ribbons around her shoulders left bare by her little sundress. She was a woman, lush and ripe for the picking.  She was thirteen the last time he saw her, a spindly-legged girl in camo T-shirts and a ponytail with wisps of hair poking out in all directions. She was going to win American Idol someday and would stand on her stage-bed, singing “I’ll Stand by You,” into the end of her hairbrush, her free arm raised above her head in exultation of her great gift as she strutted, wobbly, before an imaginary crowd of adoring fans. Filled with charisma and spunk she, could have pursued her dream if she could only have held a note.

“Samantha, hey, hi. How are you?”  Glenn stammered out his greeting as though cautiously addressing a hungry lion. He scanned her face for a reaction as he jockeyed the 12 pack out of her sight.

“I’m fine,” she said looking up in quick recognition of Glenn. She crossed her arms over her chest, half concealing her cleavage.

Her withdrawal was not a surprise. She undoubtedly could sense the vibrations of his regret and longing as his eyes rested on her image. Samantha resembled Shelly more than her could bear. Her height, her diminutive shape and, in make-up, her green eyes were just as captivating and seductive as her mother’s. But what her eyes had witnessed he could not erase.

Shelly closed the door on Glenn eight years before. They had been as close as two people could get. They nearly breathed in time with each other, their hearts seemed to beat the same rhythm. She was free spirited, sweet-natured and independent. A self-sufficient single mother, she loved Glenn more than she needed him. A fact that caused a flash of insecurity to rise in him at times. Yet, still, he admired her grit. Even though she stood barely 5’1” she could hold as much liquor and play as slick a game of pool as any barroom cowboy. They spent many wildly inebriated nights at Rooster’s Lounge stumbling home, and after paying the babysitter, falling into bed for pawing, groping sessions of amnesic sex.

He’d heard that she’d gone back to school, that she was studying to be a paralegal. He was happy for her and that very fact made him ache inside. Nearly three years into the relationship, Shelly began to drift. She would opt out of a night at Rooster’s to stay home to bake cookies and watch movies with Samantha. The girl was no longer a child. Shelly was realizing that the example she had been setting for her daughter was inappropriate. Glenn spent more nights alone at the bar where he would drink until closing time. Being too drunk to maneuver the two flights of stairs up to his studio apartment in the city, he would choose to make his way to Shelly’s house to spend the night. She would reject his advances, complaining that he stunk like a pool hall and would refuse any intimate contact. He slept on her couch more nights than not.

They argued. Shelly would call him “dead end” and repeatedly ask him what his plans were for his life. He never had an answer. He could never tell her that he was right where he wanted to be. He had topped off at the bottom. He simply could not match her drive or her new-found integrity. Glenn was slowly being shut out and Shelly was making the passage back into her life narrower every day.

Glenn was drinking whiskey at Rooster’s that night eight years ago. His mind roiling with hurt and anger as he tipped glass after glass down his throat. The only right place for Shelly to be was sitting on the stool by his side and he was going to go tell her so. When he arrived at her house the porch light went out.  He pulled at the screen door, but it was locked. Banging on the door jamb, he called her name. Silence. The kitchen light went out, then the living room light.

He wavered on the step, his whiskey fueled determination further ignited by the barred door and deliberate darkness. He pulled the screen door back and forth by the handle with great force, but it did not release. He fumbled for a pen knife in his pocket. Opening it, he jabbed at the screen until he fit his hand in, turning the latch and letting himself onto the porch. With the flat of his fist and forearm he banged on the front door calling out Shelly’s name, demanding to be let in. “Shelley, you can’t do this to me! Let me in! Let me in this house!” he shouted as he picked up the porch furniture and smashed it to the ground. He threw a table into a screen on the side of the porch, ripping it in half. He slashed the remaining screens with his pen knife then turned and tried to pick the front door lock with the blade. “Why won’t you let me in…Shelly…Shelly!” Mumbling and crying now in his drunken rant he stood in front of the door as it slowly opened. Shelly stood in her pink bathrobe, her eyes wide and scolding.

“You have to leave, Glenn. Go home. Sleep it off.”

“I’m not goin’ anywhere unless you go with me.”

“You’re going to be in a lot of trouble unless you leave right now.”

Glenn lunged into the living room as Shelly grabbed him by the sleeve. As he yanked his hand free the knife blade slid quickly across the palm of Shelly’s hand. Samantha came down the stairs as her mother screamed.

“He’s got a knife! He’s got a knife!” Shelly held her palm up for Samantha to see, blood trailing and soaking into the pink bathrobe sleeve. “ Samantha, run! Get out of this house! Now! Call the police!”

“No, mom, I’m not leaving you!” Samantha grabbed an ashtray and flung it at Glenn, striking him in the forehead.

“You bitch!” Glenn lunged in Samantha’s direction. She scanned the room for another projectile. ”Who the fuck do you think you are, little miss spoiled brat…” He stared in her eyes as he wavered on his feet.

Samantha spit in his eye as he came closer. “I’ll kill you, you little bitch!” Glenn shouted, engorged with rage. Samantha slowly, carefully backed up a few steps as Shelley whimpered across the room.

“You asked for it.” Glenn staggered to the corner of the living room to where Samantha’s beloved gerbils, Jake and Rocco pattered around a cage oblivious to the crisis. He grabbed the cage and headed to the front door.

Samantha ran down the stairs and grabbed the back of his shirt. He sharply kicked her away. She fell backward on the floor. Shelly reached for the cage as he passed her. He gestured, with the knife, that he would cut her hands again. ”The fuck outta my way!” He scowled as she withdrew her fingers. He pushed her away from the doorway. She ran to Samantha who was wincing in pain on the floor.

Glenn staggered across the porch, across the front lawn. At the edge of the sidewalk, he lifted the cage high above his head, opened the door and shook out the contents. Wood shavings, toys, water bottle, and two small round warm bodies fell to the pavement. Jack and Rocco scampered in circles before running off, Jake to the neighbor’s yard, Rocco out into the street. Glenn was urinating on the cage when the cruisers arrived.

The checkout girl mumbled “Next.”

Glenn hoisted the 12 pack up to the counter. He half turned to Samantha and grinned sheepishly. 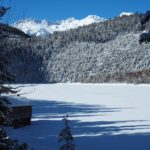 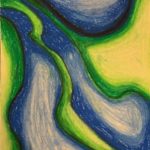