The coffin slid back into the red

she was gone to ash and atmosphere.

He returned to empty house rustles,

falling from the lips of an end table

graced with a dusty coaster and a beer glass,

cradled in the old wing-backed chair by his lost angel,

refusing to rise to the rings of the telephone,

the wet trills in his ears abject, nightly noises his good friends

where she danced, the stripper ex-student,

wounded foster child and former sergeant in the Corps

tribal barbs glowing on her arm in the spotlights,

shared in painful essays, his course a hot crucible

she took three times and failed to finish,

Who dropped it all for foots and kliegs

and the long silver prick that never went soft,

around long-necked beers and dreamed dry-mouthed

“than any job I can get with a degree from here.”

as he sat, hanging green on the railing

his life love’s death stole from him

served on a silver platter engraved with memories

only he, the undead one could feast on.

Her performance over, she served him

beer and an invitation to a private dance

where she called him “Professor,”

as she reminded him, “You told me I was better than this,”

those words that he saw now had nicked

the corners of her eyes as her lashes rose and fell

while his wallet emptied. She smiled as she pushed

his musky-dusky drug of choice, her nipples pink and wobbly

“I’m off at two, rent a room down the street,

it’s old, but reasonably clean,” where he waited,

lipped the money from leather folds,

her prehensile tongue folding the bills

into her hand, knowing too behind

her shaded eyes how sad it really was

his toes curled only when she took

him to the screaming moment,

semen slipping and dripping from the tips of her lips,

her face two years too old to be doing this–

belly laughs she spat up

into the worn porcelain sink,

as the water washed it all away. 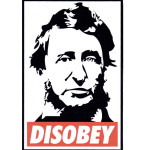 One Time Mountain–When You’re With Me 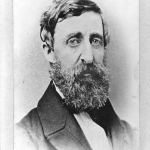