It was early July,1967. I was turning thirteen in eight days. I was getting my ears pierced for my
birthday. My mom said I would be almost a woman and I would be expected to behave like a
lady from then on. No more climbing trees or exploring expeditions in the woods behind our
house with my friend, Joey. So, understandably, that afternoon I was indulging my last week as
just a girl who made sandcastles on the beach in her pink striped two-piece bathing suit, messy
braids and a sunburned nose.

A teenage boy had been teasing me all morning as I painstakingly built what I was sure was
an architectural masterpiece on the beach at Wallis Sands. Just as I would drizzle a skinny spire
on top of a sand packed turret, and he would run by with his German shepherd and stop short
right next to me. “Jump boy, jump, jump,” he would command the excited dog as it would back
into my creation and knock bits of it down with its wagging tail just before they both ran off.

I wasn’t going to let some stupid boy ruin what had taken me hours to build. I ignored him
and got lost in the cadence of the waves, murmurs and laughter of people reveling in the
carefree summer day. Mixing handfuls of sand and water for more sludge, I knelt over the
fragile structure and repaired my turrets and spires for the third time, all eight of them. A row of
tiny seashells around the front door was the perfect final touch. It was almost done. The midday
sun was now stinging my back and I was nearly ready to reward myself with a coke and an ice
cream sandwich at the Snack Shack.

I stood up and walked around my castle, sandy hands on my newly rounded hips, proudly admiring my work. It was perfect, a veritable piece of art. Just as I decided to name it Chateau
Summershine, a red frisbee went flashing by my face. In hot pursuit came the German shepherd
pounding along the sand and right through my castle. Immediately behind the dog came the boy, running, yelling, “Cody, Cody, no! Bad dog!”  His foot landed in the northern wall surrounding
the imaginary rose garden, squashing it flat. My beautiful castle was reduced to a mishmash of
odd shapes punctuated by footprints, paw prints and a scattering of tiny seashells.

“Shit,” the boy exhaled as he stood in the middle of the castle and surveyed the damage done.

“Aaaagghhhhhh!” I screamed, my head thrown back, my mouth open as wide as it would go.

I stormed up the beach to the wooden plank walkway that led to the Snack Shack and parking
lot. In a fit and fury, I called him every curse word I knew on the way.

“Hey wait, wait. I’m sorry. I didn’t mean to…It was an accident…Wait…” he was stumbling
over his words and his feet as he bounded up the planks behind me.

I flung my arm out in his direction. “Go away! Stay away from me and keep your stupid beast
away from me too!” I shot my anger at him.

I walked quickly to the take-out window and ordered a large coke and an ice cream sandwich. Now I wished I’d had more money in the little buttoned pocket of my swimsuit because I wanted
a banana split, and a hot fudge sundae, and a baseball bat to hit this rotten kid with. I was wiping
the sand off my arms, trying to calm myself down, when he appeared beside me. He handed the
counter boy a five-dollar bill and said, “another ice cream sandwich, please. Keep the change”

I held my mouth tight and glared at him as I folded my arms across my chest.

“I worked on that all morning! It was the best one I ever made!” I barked.

“I know. It was amazing. I’m sorry. Really.” His face softened as he spoke.

The counter boy passed the coke and ice cream through the window. “You’re a jerk!” I said as I
grabbed mine and walked away.

“Hey, aren’t you going to say thank you,” he asked as he followed me.

I stomped over to a turquoise painted picnic table and plunked myself down. It was nearly
high-noon, the temperature was climbing and my ice cream was already starting to melt. I
peeled the wrapper back and bit into it as the vanilla ice cream squished out the sides and
dripped onto my thigh.  Stephen sat down across from me. “So, what’s your name, castle-
builder,” he asked.

“Leave me alone.” I turned my back to him.

“Leave me alone? That’s a funny name.” The boy said.

I rolled my eyes. That reference always reminded of the fat little girl in the big yellow dress on
the wrapper with her finger in her mouth. I hated it, in fact, I hated my name. It was a little girl’s
name and I had outgrown it.

“Everybody calls me Janey.” I answered him in a short burst.

I turned halfway, putting one leg over the bench. I didn’t want to soften but I began to grab
quick glances at him each time I reached for my coke bottle beside me on the table. He was kind
of cute. His thick blond hair had platinum streaks that contrasted with his tanned skin.  He
smelled of Coppertone. He was wearing burgundy madras shorts, and the hair on his arms
glistened golden among the specks of sand that stuck to him. He wore glasses that seemed a
little big for his face. He kept pushing them up the bridge of his nose with his index finger. I
started to believe he might be sorry he wrecked my castle.

“Janey’s a much prettier name.” He paused, took a bite of his ice cream and spoke while he
chewed, “are you staying at Wallis Sands?”

I paused even longer. I didn’t want to let him think I had acknowledged the compliment. “Yah, we’re here till Sunday. You?”

“Just today. My cousin’s birthday party. But we come here all summer. I know every inch of this beach.”

I tried to seem uninterested. I pretended that I didn’t care what his name was.  I looked away
from him and focused on my ice cream which, by now was dribbling in streams down my arm. I
licked my wrist. He watched me while he quickly consumed his ice cream sandwich. Boys eat
like animals, I thought to myself. There was a silence of several minutes as we sat eyeing each
other in aloof adolescent )curiosity. I turned away and watched a pair of seagulls in a tug of war
with a ketchup-soaked hamburger bun while I pulled soda my through my straw.

I broke the silence, “So, what’s your name?”

“WashBOARD.” I mocked, screwing my face up in a smirk.

“Yeah. You deaf or something?” Steve said, irritated.

“No, I just thought it was a stupid name.” I said sarcastically.

I raised my eyebrows and looked right in his eyes as I slurped my drink through the straw. I
was taunting him and I was enjoying it. I figured he owed me a little more repentance. He
smirked, grinned and stared at me in curiosity.

I flung my bare leg over the bench to get up to leave and I saw that drips of ice cream and
smudges of sand were now adhered to it. My arm was sticky, too. “Oh, gross! I’m going to go
wash up.” I turned towards the ladies room and saw a line of  little girls wiggling and giggling
while they waited outside the door. I sighed, turned back, grabbed a crumpled napkin from the
table and tried to wipe the goo and sand from my skin. The napkin shredded and stuck to my
arm. Frustrated, I threw it on the ground and started to walk towards the beach. I would just
have to wash in the waves.

“Hey wait, don’t leave. I know where there’s a hose. Follow me.”

Steve jumped up and headed towards the Snack Shack. I stood and watched to see where he
was going before I followed. He disappeared around the back. I wanted to follow him out of
curiosity and a spark of mischief.

Behind the Snack Shack was a green garden hose loosely rolled up on a holder mounted to the
outside of the shack. Steve unwound several feet and turned the faucet on slowly.

“Let me see your arm…this might be a little cold.”

But it wasn’t. It was warmed from the early July sun beating down on it all morning. Stephen
poured the water on my forearm with one hand and gently rubbed the goo and off with his other
hand.

“Gimme your leg…” He bent down and poured the water on my thigh. I gasped and pulled back
a little. As he moved his hand on my skin the sticky sand caused a sensation that took me off
guard. It felt good. A boy had never touched my leg before and I suddenly felt like I was doing
something forbidden. I stood motionless staring down on his bronzed bare shoulders, the
Coppertone scent wafting off his skin. I didn’t know what I was feeling only that it was the first
time I was feeling it. His cheek brushed against my breast as he straightened up. We stood so
close that I could feel his breath on my face.

Neither of us moved for what seemed like forever. His mouth was pushing against mine before
I could decide what to do. My eyes were wide open, his glasses were digging into my eyebrow. I
could taste vanilla and chocolate on his lips. I wasn’t sure if I even liked what I was feeling or if
I should push him away. Our faces separated, awkwardly. I was confused. I didn’t know what I
was supposed to do. The hose was now soaking both our legs as he put his free hand around the
back of my head and we leaned our faces close for a second kiss.

We both froze still. “ I gotta go,” Stephen said, his face showing regret and urgency. He took
his hand from the back of my neck and dropped the hose at my feet. He looked at me for an
elongated moment and said, “I’m sorry.” He then turned away and ran in the direction of the
woman’s voice.

I stood on the hot pavement behind the Snack Shack, my fingers to my lips my eyes wide open
watching his form recede across the parking lot until he was gone. The noontime sun washing
my body in warmth, the garden hose still flowing, creating a muddy puddle around my bare
toes. I felt alone and together, empty and filled all at once, standing in an energy I didn’t yet
understand. I wanted more vanilla kisses. I wanted this boy, who I hated an hour ago, to turn
around and come running back to touch me again. I couldn’t name this new feeling, but I knew I
was suddenly changed, somehow. Was I still a girl?  Was this how a woman feels after a man
touches her? Did I still have eight days to build more sandcastles? I wondered if I even needed to
get my ears pierced anymore. I suddenly understood everything and knew nothing. 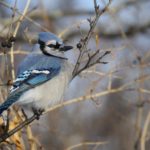 The Person Behind the Mask 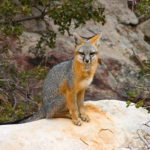