Love in the time of Social Distancing

Rodney held up a bottle, spilling its amber liquid in his drunken carelessness. This was typical.

Jessie was out for his lunchtime walk, the daily escape from his tiny apartment and remote customer service gig. It was a crappy job that paid next to nothing (this was a common complaint in his head). Right now though, he was grateful to have work he could do remotely. A lot of his friends didn’t.

Rodney, his downstairs neighbor, was sitting in one of the weather-beaten Adirondack chairs on the apartment building’s common-space patio, nursing a bottle of beer. A Corona, Jessie noted. Rodney had chosen that brand on purpose, just for the name. As a retired firefighter, Rodney spent most of his time on the patio, under the single maple tree in the postage-stamp-sized front yard, beer in hand. Jessie couldn’t blame him. These were tough times for everyone.

Rodney raised the beer in mock salute, before downing it.

The city was a ghost town. He imagined tumbleweeds rolling down the cracked asphalt on his street. It had been a typical New England winter – cold, bleak and snowy – and the frost heaves had returned, finding new places to take residence between the black and gray patchwork of years past.

It was sunny today, if still cold, and Jessie was enjoying it. He zipped his light, down jacket as high as it would go and shuffled down the sidewalk. A few of last autumn’s brown leaves ran toward him, playfully. He kicked at them as they passed.

A few blocks later, he was at his favorite cafe, The Brew Room. A popular stop in this part of town, it was now dark and empty. The comfortable brown chairs and matching tables looked lonely, the once formerly busy counter, now silent and still.

Jessie had spent many an hour there, nursing a cup of coffee while pretending to write his novel and occasionally flirting with Paula, the barista. Paula was taking courses at the municipal college in order to become an EMT. The campus had been closed for the last month, all their courses moved online. Jessie wondered how exactly you could learn to do first aid or CPR on a computer, but assumed the professors had something worked out. Secretly, he hoped he’d never need emergency care from people who had learned from an AI program.

A thought flitted across his mind: maybe he should text Paula?

She had given her number to him, but he’d never followed through. He scrunched his face up. What would he say? “Hey, do you want to not get together?” She might find that amusing and talk with him a while, or she might think he was a dumbass for not texting before this when they could have met up easily.

Why hadn’t he texted her? He honestly didn’t know. Fear? No. He’d never been afraid to contact a potential romantic partner before. No, it was simple procrastination: he’d acted as if he had all the time in the world.

He thought about Rodney, forty years his senior, wounded, crass, used-up and alone. Would he end up like that, too?

“Why am I such a dumbass?” he asked aloud.

But the cafe had no answers. It just sat there, forgotten and forlorn.

He walked for another twenty minutes, taunted by thoughts of coffee and lost opportunities.

When he got back to his apartment building, Rodney’s weathered chair was empty. The tree’s long, skeletal arms threw thin shadows across the patio.

Jessie took out his phone and looked up Paula’s number. He stared at it. Then he began to type.

literature, short story Love in the time of Social Distancing
Next Story » 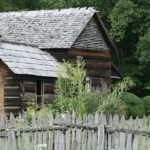