A ‘Jolly Good Show’: A Fan Theory on Lord of the Flies

A ‘Jolly Good Show’: A Fan Theory on Lord of the Flies

Lord of the Flies, written by William Golding, is a novel about a group of well-mannered British schoolboys who are stranded on a deserted island following a plane crash. Without adults or society, the children become savages and chaos erupts – making this the ultimate novel about evil versus innocence. However, when one looks closer at the plot and details, it starts to seem that this “accident” may not have been an accident after all. It is my belief that the story is really about an experiment done by Britain’s Royal Navy.

The beginning of the story leaves the reader with many unanswered questions including: why were there no casualties? Why did the pilot “drop them” on the island instead of crashing with them (Golding 3)? If the plane had been attacked like the children believe, then certainly the pilot would have crashed somewhere on the island as well. Another odd aspect of the crash is that the boys did not all end up at the same spot. Instead of crashing together, they are spread out across the island (Golding 4). After reading this, I reasoned that the children were separated to make sure there was no sense of community. The boys did not share the traumatic experience that would result from them all being together when the plane went down.

It is suggested that there is a nuclear war going on in the story (Golding 11). It is my belief the boys are war refugees and the Royal Navy is using them for an experiment to see how naturally violent children are and if they would be able to survive on their own. If the British government had any reason to believe that the civilized world may be demolished, then it would make sense that they would want to see if the most adaptive humans, children, would be able to organize and rebuild society. By taking the most well-behaved, civilized school children and dropping them on an island, the Navy would be able to create a world without any adult interference. By monitoring the island from afar using discreet cameras, they would be able to watch the experiment without interfering.

Throughout the experiment, the Navy introduces different stimuli, or trigger objects. A few of the notable ones are: Piggy, the choir, and the parachute man (Golding 2, 18, 129). Every society has its ‘weak links’ that do not quite fit in with the rest of the population. Piggy is a heavy, out of shape, and timid boy who needs glasses to be able to see. He represents the ‘weak link,’ and the Navy uses him to see how this new society run by children will handle people who do not fit in or who can be a burden (Golding 4). They want to see if the boys will accept Piggy as part of the group despite this or if they will leave him for the wolves. Physical appearances determine the boys’ positions in the society right away. A boy named Ralph is voted the leader almost immediately, even though “none of the boys could have found good reason for this; what intelligence had been shown was traceable to Piggy while the most obvious leader was Jack. But there was a stillness about Ralph as he sat that marked him out . . .” (Golding 22-23).

The choir is a particularly interesting and ingenious stimulus. This clean-cut matching group was placed on a different part of the island than everyone else. They are very much like a small army complete with a leader and trained, well-regulated followers (Golding 18). Even though they are as oblivious to the circumstances surrounding their arrival on the island, they do have a leader, uniforms, and a tight knit group, all of which give them an air of authority that the others immediately respect (Golding 18). None of the other boys know each other, and, by placing an existing group on the island, the Navy can see how the children view and react to leadership.

When the Navy see that the boys’ imaginations are getting the best of them, they introduce a new trigger object: the parachute man (Golding 129). Knowing that the children are starting to fear the non-existent “beast,” the Navy decides to make the “beast” real. Presumably the casualty of an in-air battle, the parachute man crash lands onto the island and is killed (Golding 129-131). Blinded by their fear, even the older boys are unable to recognize that the “beast” is a human being (Golding 170-171). At this point the children are so crippled with paranoia that they cannot even recognize a human figure. By using this man, the Navy can see just how severely the children’s view of reality can be distorted. In fact, they become so caught up in their fear that they are not able to recognize when they are killing one of their own tribe members (Golding 213-215).

The ending is the ultimate proof that all these events are part of an experiment. After two of the boys are killed and the others set the island ablaze (Golding 215, 256, 276), Ralph runs into a British Naval officer who seems very unconcerned about the whole affair as if he already knows what is happening (Golding 283-286). The man makes strange comments about the events on the island, commenting to Ralph about how it must have been all “fun and games,” and tells them that he would have thought British school boys would put on a “better show than that” (Golding 284, 286). When Ralph tries to explain what happened, the officer makes a reference to an old survival book that was the inspiration for Lord of the Flies (Florman and Kestler). He states, “I know. Jolly good show. Like the Coral Island” (Golding 286).

If the officer had no prior knowledge of what was happening, why would he treat the boys in such a way? He claims that the Navy saw the smoke and came to rescue the children, but, if they were that close to the island, certainly they would have seen the plane go down and rescued the boys sooner (Golding 284). When things started going horribly wrong, the Navy dispatched a rescue crew to end the experiment before anyone was killed. They arrived too late. I cannot find any other explanation for the Officer’s behavior, and I believe that, when put together with all the details I have discussed, this confirms my theory that the book is a story about a government experiment gone wrong. Those boys were never unsupervised; rather, someone was watching them the whole time. 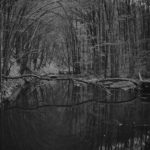 A Letter to the Unforgiven 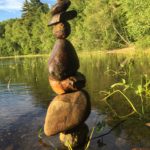 We Are You, But Not Your Love